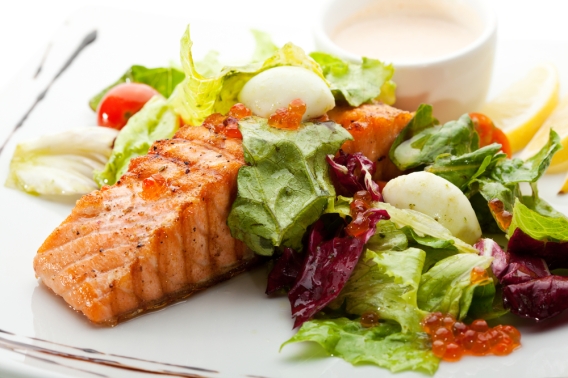 When I decided to became vegetarian I was debating if I wanted to be one of the people that still eat their fish, since in that moment the reason why I did it was because of my health.  Fish has been sold as super healthy and low fat protein that I actually though it was good for me but what I found out was not healthy or humane at all.  Another thing I found out about people trying to eat more healthier proteins and being more humane is to go with wild caught fish but honestly what I learned is that it is still not healthy and still not a good way for them to die .

Of all the fish we have eaten in our life’s most of them have not come from the wild, in fact they are raised in a serious packed small crowded pool that are so filthy full of their waste, parasites and diseases that a third of the fishes die and the others get so stressed that sometimes they bite off the fins, tails and eyes of other fishes.  The unnatural conditions that this fishes lives not only stays with them, In fact, on the north Atlantic region two million runaway salmon escapes to the wild every year, this makes that 20% of the wild salmon caught in that area are actually farmed raised, these not only infects the ocean with their parasites, but also other fish and their predators like orcas, bears and eagles.  Escape fish breed with wild fish and compromise the gene pool, harming the wild population, like, adult hybrid salmon routinely die earlier that their purebred relatives.

Since the conditions of this fishes gets them sick all the time, operators have to use antibiotics and other chemicals that later will be dumped in to the water.  These toxins damage local ecosystems. One study found out that a drug used to combat sea lice kills a variety of non-target marine invertebrates, travels up to a half a mile and persists in the water for hours.  Fish waste falls in the sea in enough quantity to overwhelm and kill marine life in the immediate vicinity and for some distance beyond.  It also produces algal growth which reduces the waters oxygen and makes it hard to support life like coral reefs.

The demand for fish keeps growing up every year and the production methods efficiency grows with it too, these makes fish production more available and less expensive and this leaves to more demands which leaves to more fishing, why, because fish needs other fish to live.  Tuna and salmon need to eat up to five pounds of fish for each pound of body weight.  This leaves that they prey are being fished to the brink of extinction to feed the worlds fish farms and this hurts other animals in the process, like whales, dolphins, seals, sea lions, tuna, bass, salmon, albatross, penguins and other water animals.  Fish that are pulled out of the ocean takes ten minutes to die suffocating as their gills collapse.  When they are dragged up from the deep ocean their eyes bulge and their stomach turn inside out cause of the pressure and also other non wanted fish like turtles, dolphins, whales, sharks and other get traped too and their got trow away in trash.   Another way fish is killed is tru suffocation which takes around 15 minutes for them to die.  Farmed fish are killed on chilled water with ice or submerged in near freezing water, this do not reduces sensibility to pain and it elevates cortisol, it also reduces body temperature and extends the time to lose consciousness.  Another way to kill fish is to put them up from water, cut their throats and let them bleed out which in some fish it takes 4 minutes and in others 15 minutes of suffering.

Now, when it comes to nutrition, the farmed ones are less nutritional.   Most of the farm fish are feed with a high-corn diet (which is not mean to be) so the omega-3 are none, while wild fish get their omegas from the oceans plants.  Farm fish accumulate non healthy fatty acids and since they are highly treated with antibiotics, this can make human antibiotic resistant.  On the other side wild caught fish have some issues to, since it can harm out health’s too.  Our oceans have been dangerously polluted by a number of toxins of industrial byproducts.  PBS (Polychlorinated Biphenyls) has show to interfere with a fetus development, suppress immune function and disrupt thyroid balance.  Another thing we need to keep on mind is the heavy metals like mercury.  It has been showed to have neurotoxin effects and that children exposed to “safe” mercury levels showed measurably impaired motor development. Mercury contamination stays in your body for over a year so it’s recommended to planning mothers to not eat fish even before planning getting pregnant.  The bigger the fish the bigger risk of mercury poison.  Fish like sharks eat fish that also ate fish so the mercury levels are really high.  Swordfish, tilefish, Albacore tuna or tuna steak and king mackerel is also a top predator that feed on other fish tainted with mercury.

Oceana study reveals mislabeling of Americas favorite fish, the salmon.  In other words we are being lied on what fish we are eating.  Of 82 salmons collected from restaurants and grocery stores, Oceana found out that 43% of them were mislabeled.  A DNA test revealed that fish being sold as wild cought was actually farm Atlantic salmon.  These mislabeled fish were found all over America including Virginia (VA Beach, Norfolk, Newport News, Williamsburg, Richmond and Fredericksburg) Washington D.C., Chicago and New York.  Another mislabeling was that fish was labeled as a type of fish but they were another species.

Now, it is omegas really that important for us that are worth risking our health, our nature and hurting other animals? Why exactly do we need omegas in our system?, I actually have heard how much we need this, but, i actually never investigated why I need omegas and what benefits it brings to our health, so I decided to investigate what are the main benefits to have some omegas in our diet.

Fatty acids are important for all of the systems of our bodies to function properly.  Some of the functions are the respiratory system, circulatory system, the skin, brain function, organs functions, Immune system and balance blood pressure.  There are two fatty acids that your body does not produce and you have to add it on your meals and those are omega 3 and omega 6 fatty acids.

Omegas 3 fatty acid is very important for your brain function, fight cardiovascular disease and helps fight and support the prevention of asthma, diabetes, artistries, osteoporosis, some cancers, skin disorders, high cholesterol, high blood sugar, depression, digestive difficulties, Alzheimer and other disorders.  Omega 6 fatty acids combine with omega 3 helps to support all of the above but this has to be consume on the right proportions.  Sadly in a world of fast food and can items we are consuming 15 x more the amount of omega 6 when it is supposed to be balanced with omega 3 consumption.  In fact we should have fewer omegas 6 than omega 3 and we are barely having enough omegas 3.  Also the high intake of omega 6 interferes with the conversion of some ALA to EPA.  Also we need omega 9 but lucky for us if we are having enough of omega 3 or 6 our bodies will produce it naturally, however if we are not consuming enough of the omega 3 or 6 we have to add omega 9 to our diet to help to promote our hearth health, cholesterol levels and our immune system.

With all this said, how can I get my omegas without having to eat any fish? Here is a list of all the non-fish sources of omegas for you:

There are some ALA that your body can convert in DHA and EPA, but there are some things you need to keep on mind cause there some foods that can interfere with the conversion such as alcohol, high cholesterol and Tran’s fatty acids.  You will also need to reduce the amount of food that are high on omega 6, your intake of omega 3 should be 3.5 to 1 of omega 6.  I will also recommend being careful with omega fortified juices, since these can be high on sugar.

Ingridients with – means the convertion from ALA to EPA is low

It is not recomendes to cook raw vegetable oils cause it will destroy the fatty acids. 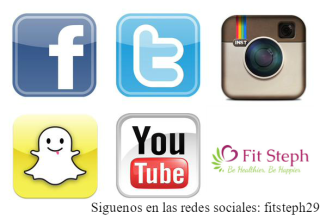 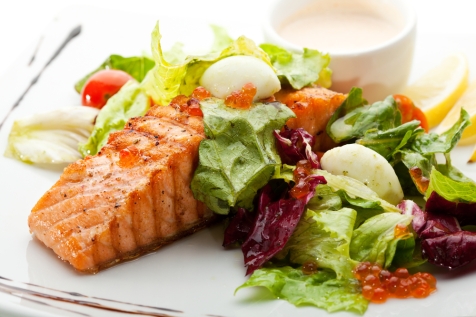 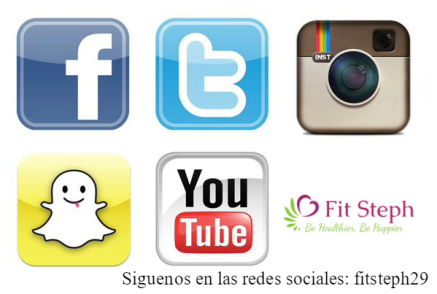 Stephanie's Wellness is a online vegan magazine that helps ladies to create a healthy relationship with mind, body & food. Here I share information about wellness, mindset, nutrition, and health. I also give workouts ideas and tips. I love to share recipes ideas that are healthier than the usual ones. I also share everything you need to have a healthy mindset, how to create routines, how to stay motivated, how to talk to your self and more. Also the magazine supports animal's sanctuaries and rescues and will be donating $0.25 from every issue sold to these places. Join the free FB Group: Stephanie's Wellness Community FB: @stephanieswellnessmag IG: @stephanieswellnessdotcom Follow Founder Stephanie IG: @iamstephaniellopez View more posts

This site uses Akismet to reduce spam. Learn how your comment data is processed.